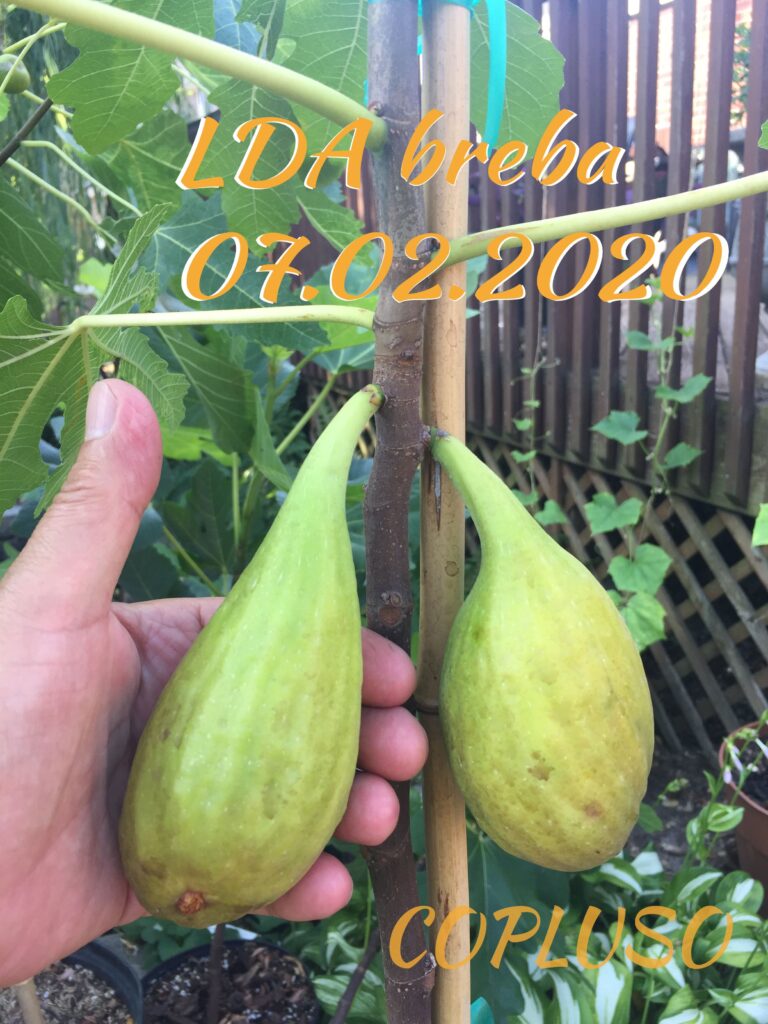 Hi. This is Rich at a French fig farm. What we’re looking at today is a long. Do it’s, a very large fig. You can see that it’s. Probably one of our largest it’s the second crop.

This one has first and second crop it’s a really big fig. It produces a lot of figs, even on our smallest trees. There they’re loaded with these figs, so, as you can see, the thing is long and we’re in August.

Therefore, the name long of August or long Ahdoot, so let’s cut it open, see what looks like on the inside. Wow. Look at that thing’s, huge it’s red on the inside. It’s, really a good-looking thing.

It’s beautiful. I think I’m gonna cut this one in quarters. Before I try it. It’s kind of big. It’s really sweet, but it’s. It’s. Sweet like table sugar, really good thing Wow.

This is a lot of figure rabbits. I would not say that this is Jaime and me, but I wouldn’t say that it’s juicy it’s kind of between. It has a little bit of berry. A little bit of fruit. The flavor is really good.

It does. The sweetness is something that really takes over, but it’s, it’s. Some, like I said it’s like a white sugar flavor, it’s, a really good thing, so good, delicious, big, delicious, big, big fig produces a lot of first and second crop.

This is second grows. Well, here and 7/8 great Fig thanks for watching