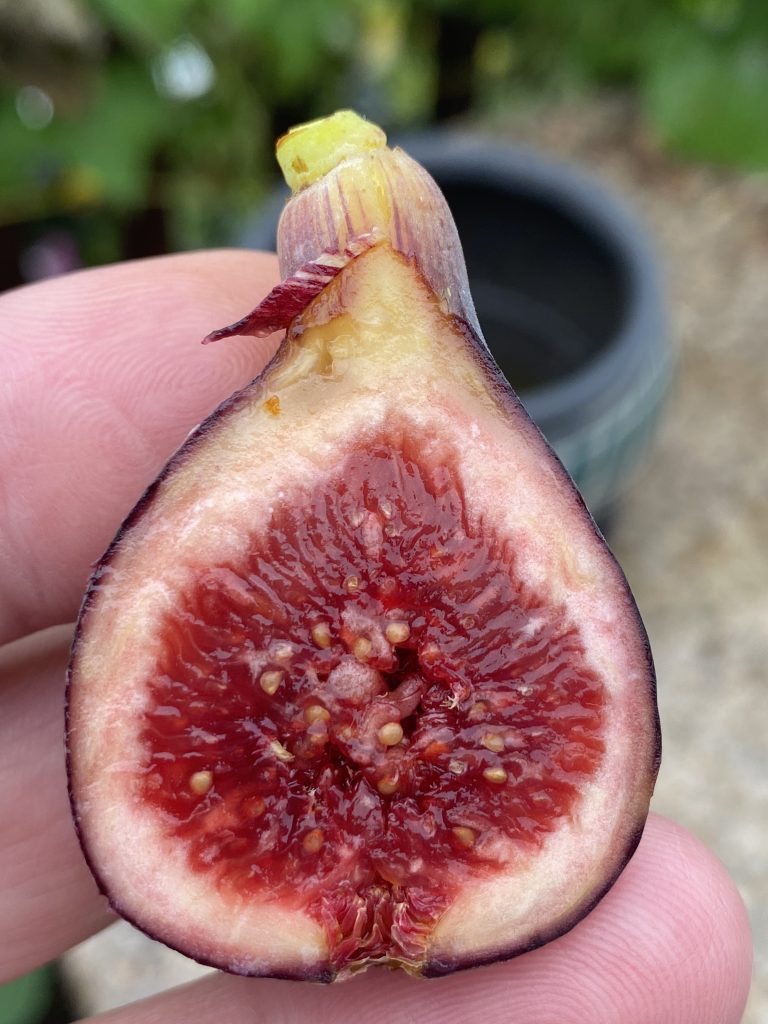 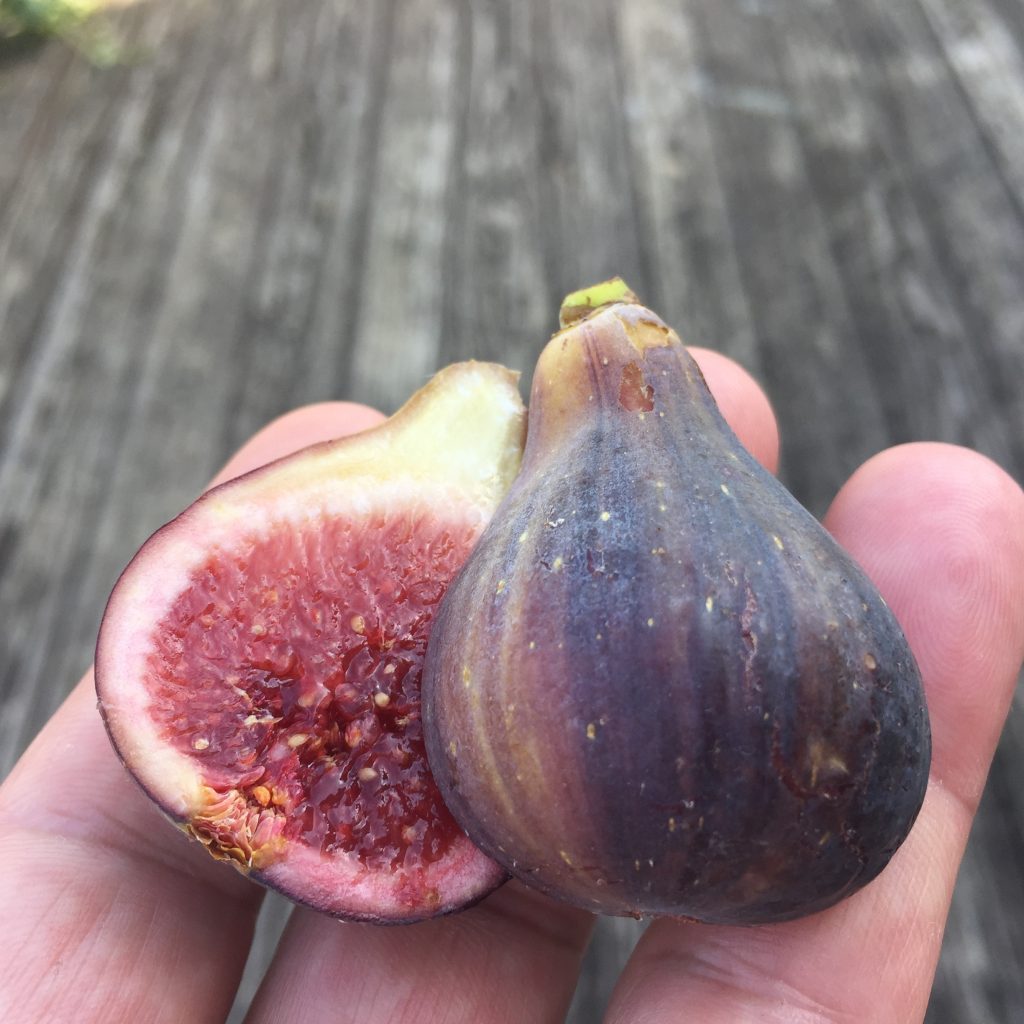 Good afternoon, Figaholics friends today is September 12th, and this is a tree. I wanted to do a video of before um it’s called the dhamma mutante um from Spain, and it’s grown very well. For me, it was a bit frustrating for me, well very frustrating for me.

Remember anyway, he got fruit off of a smaller tree way. Before me, and this tree was just growing very vigorously and not ripening fruit for me and it’s already had some fruit dropped to the ground, but it’s just been smoky from the wildfires, and I think the nearest wildfire now Is probably um 100 miles away, but still the smoke accumulates here.

We’re supposed to get some winds tomorrow and blow this smoke out, but now I have quite a few fruits on it. Finally, to show – and I’ve – never tasted. This before and the mutante means, because it’s mutated, so it ‘

S got stripes on the fruit and you know we have Coll de Dama Rimada, which is a green and yellow stripe fig. So this isn’t the same as that, but this is still a ramada type fruit. It’s, got some cracking on it.

‘s got a small eye very excellent taste. I’m very um, typical of a cult of dumb fig with a thick jammy texture, just um mild sweetness, but a rich berry. Flavor there’s, been some discussion lately on how many pigs, a person can eat a day, and I don’t claim to be any record holder but um.

I’ve only eaten – maybe two figs today and feel that one, but I can eat 30-40 figs without any noticeable problems, but some people have problems but um, I still don’t only. You know, eat the entire fruit.

If I have to eat too many – but I have not had this variety before so I want to eat several of these. This one is riper, so it’s. Turning darker purple, but still, the stripes are very noticeable on its very dark red pulp.

So – and here are some that maybe aren’t ripe – maybe this one is: this is almost ripe, but you know probably another day we’ve had some cool weather lately the smoke has actually had a significant impact on our weather um.

I ripped that at some point at all um we went from 95 degrees. I think I can’t. Remember now. One day I’m losing track. I’ve even gone today Saturday, so it was one day we dropped from 95 down to 76 the next day and the weather forecast was for 90, but um the smoke just deflected the.

So you can tell it’s. Not quite fully ripe, but still the pulp is very good. Just look I’ve got more in here. I’m, not gonna eat them all, but um up here is one that’s overripe. This one is good here: let’s, just see what it looks like when it’s.

This you’re, pretty leathery here at this stage, no spoilage in that is so the sugars must be pretty high. Still, it’s not spoiling, but it’s drying on the tree, and I’ve commented about that before and I um you know have some knowledge of food preservation.

Oh here’s, a good one, and you know for like making jam. You need to have for it to be a safe food product that needs to have good acidity and sugar level is um. You don’t ever see mold farming on honey, for instance.

So here’s, a nice size fig, you know maybe 70 grams. I’d, guess so very distinct, striping on it. So this is different than any other CDD or Coll de Dama variety – and I forget the guy’s, name in Spain, um Jaime.

I was thinking um. He was driving his motorcycle along in Spain and spotted this tree and got some cuttings and you know shared it with some other people and it got passed around and a friend shared it with me so um I’m.

Finally getting fruit um. For my train, so I will sell cuttings in January on our website. So I get people to ask me all the time can I order cuttings now pre-order, we don’t, do that we just take orders when we have something to sell.

So again. This is called the dhamma mutante. Let me take a bite again, an excellent thing, thanks for watching